Life in the 'FAST' Lane

Families and Schools Together helps parents build a community of support and connect with their kids. 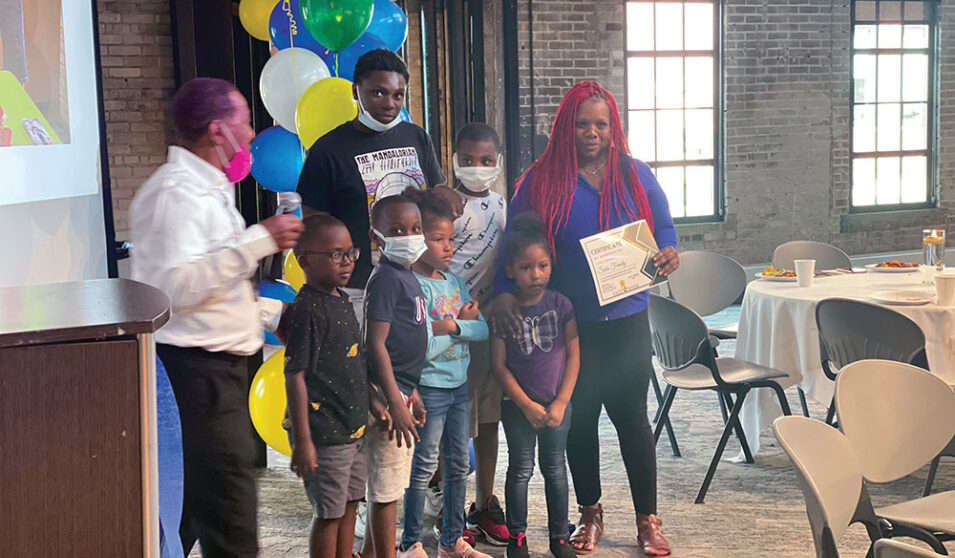 The Watkins family is joined by two girls (bottom right) from the Grant family during the summer's FAST graduation ceremony. Alex Wright (left) was the presenter.

By Amie Hoag, GCC director of communications and annual giving

On one of those perfect early summer evenings — sunny, temperature in the low 70s — a group of parents and kids leaned in close at tables in the Goodman Community Center Ironworks building. They chatted with each other, played together, gave each other their undivided attention.

It was the final meeting of Families and Schools Together (FAST). Two days later, they would have their graduation.

FAST is an international program started in 1988 by Dr. Lynn McDonald, a former University of Wisconsin professor and certified family therapist, with the goal of “supporting family bonding necessary for children to thrive.” Using evidence-based practices, the FAST program acts as a connector. It connects parents to their children, to their children’s schools and to other parents, with the end goal of parent empowerment. The idea is that by building these connections, parents are empowered to advocate for their children in school and the community, while also building a village of support in those places.

“FAST is a phenomenal parent engagement tool that not only connects families, but also connects our staff with those families for support,” said Goodman CEO and Executive Director Letesha Nelson, who championed bringing FAST to the Goodman Center. “Family engagement is one of my top priorities, and the FAST program provides a blueprint for us to expand on what we’re already doing.”

ShaQuese Jones was a participant in the first cycle this summer, and she loved the program from Day 1.

“After that first FAST meeting, I was game,” she said.

Jones participated with her two children, CJ, 4, and Kennedy, 7, as well as her husband Chamario McMichael when his work schedule allowed it. FAST gave the family the opportunity to connect to other parents in the community, and for Jones and McMichael that was extra valuable.

The family relocated for the third time in just a handful of years, and they were thankful to find Goodman and its FAST program. So thankful, that Jones recruited some friends from her daughter’s school to attend FAST as well.

“I truly believe that any family who takes part in FAST will learn from it in the most positive way,” she said.

A formula for success

The FAST program is set up to be easily reproduced in any school or community setting. Each session follows the same order of events to keep things familiar and comfortable for the kids and the families — so they always know what to expect. Sessions open with an ice breaker — a song and dancing.

“It created a comfortable space for essentially a bunch of strangers,” Jones said. “But you don’t stay strangers for long.”

After the ice breaker, there’s dinner — where the kids serve the food to their parents — and activities for the families to do together, including sentiment charades. Family members each pick a card, then show with their face and body language what feeling was chosen. This helps children and parents learn to identify their feelings so they can be more open with each other.

During the evening, there are representatives from schools — in Jones’ case, Goodman — present to help facilitate the program and connect with parents. There are also paid parent participants from the community, often parents who have already participated in FAST themselves.

After the opening activities, the kids head outside and the parent connection begins. Parents are partnered up for one-on-one sessions, and then they come together as a group for discussion and sharing.

“It’s a good space for people to network and get to know each other, to speak amongst each other without the kids,” Jones said.

Shantrice Solis, Goodman’s high school manager and former community outreach coordinator, was responsible for organizing the FAST program at Goodman. She said it took a little while for the parents to gel, but then they started to find the commonalities among them.

“The first meeting felt a little chaotic, to be honest,” she said. “The parent conversation was all over the place. But, as time went on, parents really started to enjoy it. They made a connection and at graduation, they were all trading numbers to stay connected.”

It didn’t happen immediately, but Solis said the parents in this first FAST cycle started to open up to each other. They started to see that the other parents faced some of the same challenges and shared some of the same dreams as them. She recalled one evening when the topic shifted to mental health.

“One person feeling comfortable enough to talk about (mental health) opened others up to communicate about things they wouldn’t normally feel comfortable talking about,” she said. “Especially in the African American community, we don’t talk about mental health.”

Alex Wright, a Goodman staff member who participated as a community support person and acted as facilitator for many of the parent discussions, said he was moved watching the parents begin to open up to one another.

“During these meetings, parents would talk to one another, and they would start sharing a bit of themselves and their heart and their feelings and aspirations,” he said. “You could see that there was trust that was beginning to develop, and over a period of time, you could tell that friendships and connections were established.”

“As time went on, parents really started to enjoy it. They made a connection and at graduation, they were all trading numbers to stay connected.”

“It gives the parents time to relax, even if it’s only 15 minutes,” she said. “It helps them see that they should take time for themselves, take care of themselves. Their time is important.”

Planning for the Future

Goodman plans to hold another FAST cycle in the 2022/2023 school year.

“We’re going to keep it small this year, but work to build on our foundation every year,” Nelson said. “FAST will continue to be an important way we engage with our families.”

Jones is excited to come back as a paid parent partner in the new school year. She loves the FAST program and wants to continue to see it grow because of her positive experience and the lifelong friends she made.

“I never would have come across these individuals if we hadn’t all ended up in that space,” she said.

Wright agrees it’s time well spent. He said he got as much out of the program acting as a facilitator as the families did.

“This program is worth the investment and time,” he said. “Eight weeks is a significant time commitment, but it goes by really fast and families learn so much.” 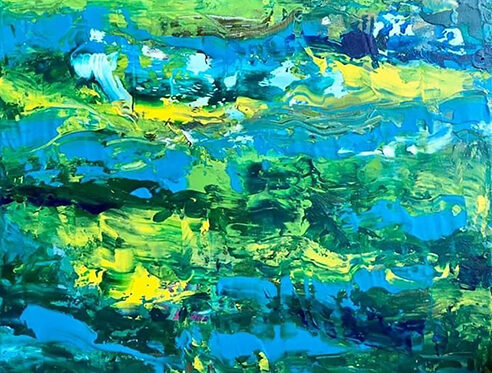 At the Diane Endres Ballweg Gallery in February

Painter Paulina Ivanova's favorite inspirational subjects are abstract forms and energies and the natural world as a whole.

The East High club address the lack of products in school's bathrooms. 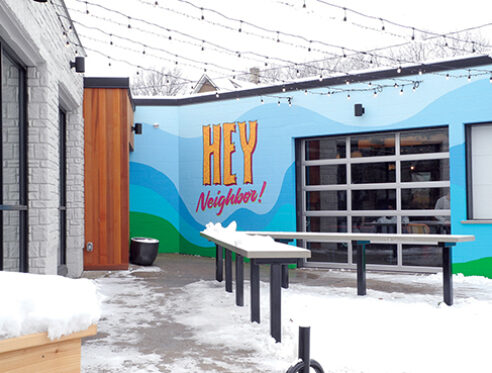 Gather for food and drinks at Northstreet